Earlier this month, Diabetes Strong (Tobias and I) attended the 2019 ADA Scientific Sessions in San Francisco as press, and I’m excited to give you an overview of what I see as the most important highlights.

We typically see a lot of new product announcements during the Scientific Sessions so I was a little disappointed to not really see any new products this year. 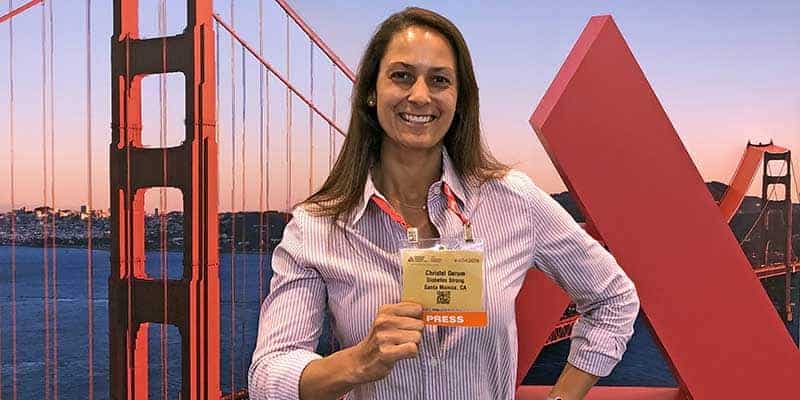 Did we get closer to a diabetes cure this year?

Before we jump into the new collaborations, let’s answer the question I know a lot of you are asking: Was there any news about a diabetes cure?

The answer is, unfortunately, no. A lot of very exciting research was presented on diabetes prevention, delaying the onset of diabetes, and much more (Healthline wrote a great article about the research), but we didn’t see anything that made a cure for diabetes seem likely in the near future.

For now, we have to be satisfied with the fact that diabetes technology (pumps, CGMs, etc.) is evolving at a very rapid pace and getting better every year, and that collaboration between the major diabetes device companies plays a big part in that.

The biggest surprise coming out of the Scientific Sessions was probably the announced collaboration between Tidepool and Medtronic. Medtronic has until now been fairly limited in their willingness to allow other devices to interact with theirs. I heard one person describe them as the “Apple of the diabetes world” because you have to use only their products, their cables, their software, etc.

But that’s about to change in a big way as Medtronic and Tidepool will partner on creating a closed-loop solution with Tidepool’s loop software and a next-generation Medtronic MiniMed Bluetooth insulin pump.

This is super exciting since it could potentially be the first FDA approved Loop system.

Note: Tidepool’s loop software is under development and is an open-source, automated insulin delivery app for iPhone and Apple Watch. The goal of Tidepool Loop is that you should be able to mix and match your diabetes devices freely (say a Medtronic pump with a Dexcom CGM) using the Loop software.

Glooko is a data management solution that allows you to see most, if not all, of your diabetes information in one single dashboard on your phone. We had a chance to interview the leadership team of Glooko and this is what we learned.

The company wants to collaborate with everyone, in and outside the diabetes space. In their app (or in the clinician solution), you can consolidate anything from blood glucose and insulin dosage data to fitness, food, and health information.

At the 2019 scientific sessions, they announced the collaboration with Companion Medical, the company behind the InPen (FDA approved SmartPen) that I use myself as well as the T1D exchange. While the InPen incorporation is super cool and will be a useful feature for the current InPen users, the T1D Exchange collaboration is a little more novel.

T1D Exchange is a non-profit research organization that works to “accelerate therapies and improve care for people living with type 1 diabetes.” They do this through data collection, and the announced collaboration with Glooko will support this mission.

All the data stored in the Glooko diabetes management solution will be made accessible on the T1D exchange (anonymized of course). This will enable scientists to run analytics on a large database of real-world diabetes data. This is exciting for us living with type 1 diabetes because it will allow scientists to look for real-life outcomes besides A1c and come up with solutions to make life even better with diabetes. 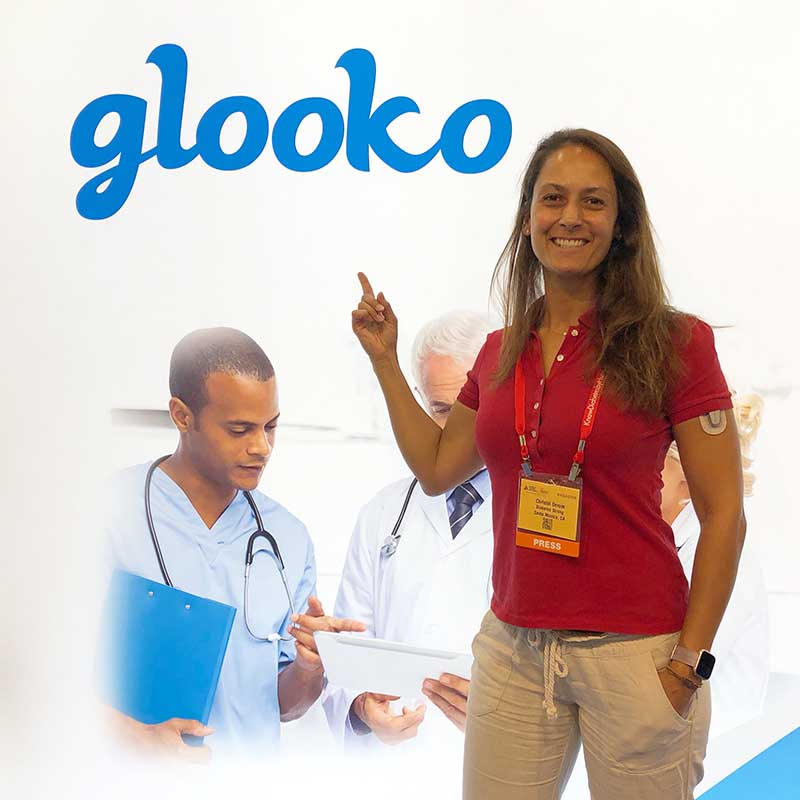 The Dexcom collaboration means that the two companies will work on an exchange of real-time CGM (Continuous Glucose Monitor) data and insulin dosing data between the two companies’ platforms. That would mean that in the future users will be able to see their insulin doses from InPen on the Dexcom app (as well as in Clarity) and that the Dexcom CGM data would be visible in the InPen app in real-time. Currently, you can see insulin data from the InPen in the Dexcom CLARITY Diabetes Management Software.

Aside from the collaboration announcement, Companion Medical also announced some great new feature updates to their InPen. The app update is fairly extensive and includes the option of linking more than one InPen to your app, the option of viewing InPen data (such as IOB and last dose) on your iPhone’s “locked screen” in the new today widget, and now Android users can see their Dexcom CGM data in the InPen App.

As mentioned, we didn’t see any big new product releases this year. However, we did have a chance to sit down with the Chief Medical Officer from Senseonics, Dr. Fran Kaufman, to chat a little about what she sees as the future of their implantable Eversense CGM.

Eversense is currently the only FDA approved long-term CGM in the US, with a 90-day wear time (180 days in Europe). But when we asked Dr. Kaufman to look into the crystal ball and tell us what she hopes to see in the future, she said that they expect the 180-day sensor to be available in the US in the next 1-2 years and that they are working towards a 360-day sensor.

They are also working to reduce the number of calibrations needed to only one finger-stick calibration per day or even per week (currently the sensor needs to be calibrated twice daily).

As battery technology becomes better, she also mentioned the option of longer battery life, meaning the transmitter wouldn’t have to be charged daily, but that kind of development is obviously somewhat out of Senseonics’ hands.

If batteries at some point become REALLY small, they could even implant the battery with the sensor so people wouldn’t have to wear anything on their skin. You would just have an implanted sensor and transmitter sending data directly to your phone.

Aside from talking about the future, we also got some general misunderstandings about the Eversense cleared up, such as the sensor not being placed in a “pocket” in the arm. As she pointed out, once you remove the sensor, the tissue will reconnect, and you’ll heal quickly.

Another interesting fact is that the sensor is labeled by the FDA as a “permanent implant”, which means that you could technically walk around with the sensors forever rather than getting them removed.

Again, this falls under “interesting facts”. No one would probably recommend that you actually start your own little collection of sensors in your upper arm.