Home » Diet » Why I Count Calories, Not Just Carbs

Whenever someone gets diagnosed with type 1 diabetes (T1D) nowadays, the first thing that an educator or dietitian tries to teach them is how to count carbohydrates (carbs). Although I have been living with T1D now for almost half a century, I have to admit that I don’t count carbs.  Not only that, but I don’t think carb counting works very well! 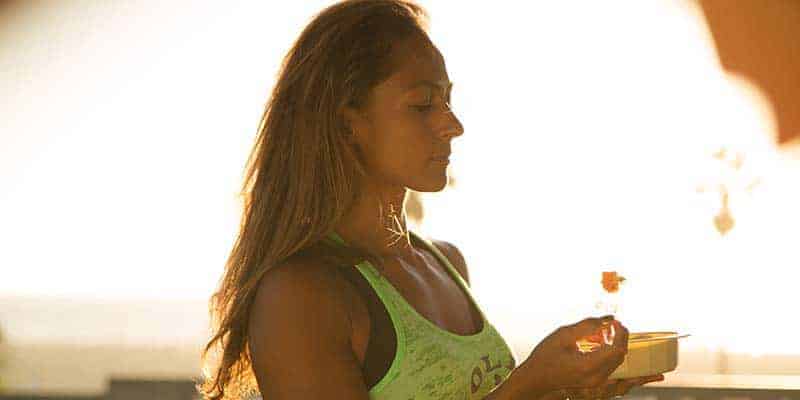 The whole point of counting carbs is to try to balance the dose of mealtime insulin with carb intake to avoid post-meal spikes in blood glucose (“blood sugar”) or hypoglycemia later on. Carbs are digested and fully absorbed within one to two hours of when you consume them, and they undeniably have the most direct and dramatic impact on blood glucose levels. All carbs get broken down into simple sugars (glucose, fructose, or galactose), and the latter two (fructose and galactose) can easily be converted into glucose, which is the primary simple sugar in blood.

The problem I see with carb counting is two-fold: first, not all carbs are equal with regard to their glycemic effect (how much they raise blood glucose and how quickly) and; second, carbs aren’t the only component of food that can affect your blood glucose levels.

Foods with a higher glycemic index (GI, found on glycemicindex.com) cause more rapid spikes in blood glucose after you eat them, but it also depends on the total amount of carbs in what you eat (the GL, or glycemic load). For example, carrots have a high GI, but their GL is fairly low, meaning that you would have to eat a lot of them to raise your blood glucose much. Pasta, on the other hand, is digested more slowly and has a moderate GI, but the load can be tremendous and enough to raise your blood glucose slowly for hours afterwards.

In the first 18 years when I had diabetes before having a blood glucose meter, I was taught to make every meal a balanced one (carbs, protein, and fat) and only have a certain number of servings in each category. I also naturally gravitated away from eating fewer highly processed carb foods (made with white flour and white sugar) and more towards foods that didn’t make me feel crappy after eating them because they had a lower GI.

To this day, I eat a lot of high-fiber, low-carb veggies (green ones like lettuce, green beans, and broccoli), only moderate amounts of starchy veggies (like corn, peas, and potatoes), and very few white carbs with a high GI.  Honestly, if I were to count carbs and dose for them, I would end up low after every meal and high later on due to how slowly my meals cause my blood glucose to rise!

The second part of the issue relates to the fact that intake of protein and fat can also impact insulin needs and blood glucose. Excess protein is converted into glucose and raises blood glucose within three to four hours after you eat it. This works well when you’re trying to prevent later-onset hypoglycemia, but not so well when you don’t have the insulin in your system to cover the rise in blood glucose naturally. 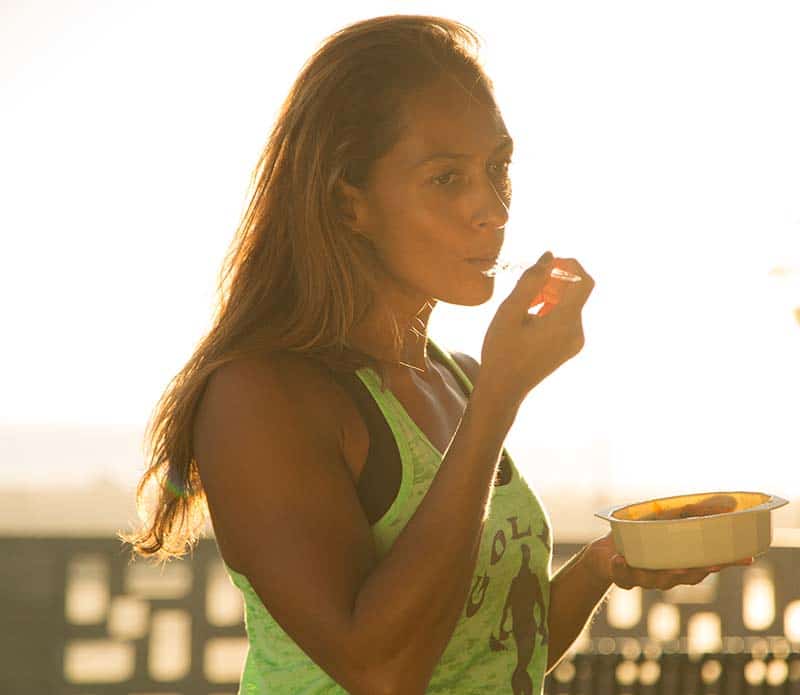 Although fats are not directly converted into glucose, during rest your body will use fat over glucose, and the fats released from food make you insulin resistant for that reason. A couple of years ago a research study done at the Joslin Diabetes Center finally showed that when people eat the same exact amount of carbs in two dinners but differing amounts of fat and calories, they have to take more insulin to cover the meal with more fat. I could have told them that just from personal experience!

Interestingly, even the American Diabetes Association is just now finally starting to move away from their emphasis on carb counting to manage blood glucose after meals and more towards counting calories coming from everything.

Another related problem arises from the types of insulin that people use as mealtime insulin. Back in the “dark ages” of diabetes care, I started out using what was called “Regular” insulin, which had a slow onset and lasted for many hours after the meal. Actually, I wish I still had access to R insulin as it would likely cover the mixed meals I eat better than the rapid-acting insulin analogues on the market now. The rapid-acting ones available now (Humalog, Novolog, Apidra, and inhaled Exubera) only really last for a couple of hours, and they’re really ineffective at covering the rise in blood glucose coming from fat and protein long after the carbs are gone.

My personal strategy to deal with the way rapid-acting insulins work is to take higher levels of basal insulin during the day to help cover my protein and fat intake. I also check my blood glucose an hour or so after eating every meal and correct with extra insulin then based on my blood glucose level and my expected response to whatever remaining calories in the food I ate (mostly coming from low GI carbs, protein, and fat).

So, what should you do if you choose not to count carbs?  Learn as much as you can about what you’re eating. Read food labels to find out how many grams of carbs, protein, and fat are in your foods. Record everything you eat and drink (and do) for at least a month and see what your unique response is to foods you eat on a regular basis (I did this for at least a decade after I finally had a blood glucose meter to learn my individual response to everything!).

It may also help to actually measure out what you’re eating with measuring cups or a kitchen scale until you get a better idea of what portions you’re taking in as well. Most Americans these days have portion distortion and eat way more than they think. Most of all, just consider more than the carbs that you’re consuming when it comes to managing your post meal spikes effectively.

Suggested next post: How Your Carb Sensitivity Change Throughout the Day and What to Do About It.