(Managing Dawn Phenomenon with Basal Insulin is excerpted from Think Like A Pancreas: A Practical Guide to Managing Diabetes With Insulin by Gary Scheiner MS, CDE, DaCapo Press, 2011) 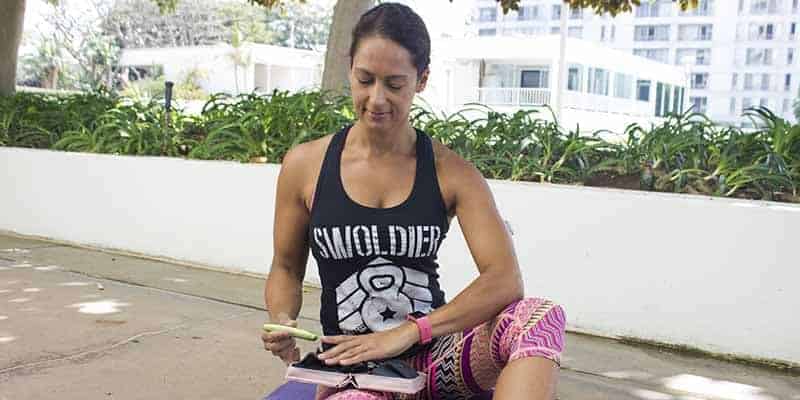 The liver is a fascinating organ. It does about a hundred different things. One of its main functions is to store glucose (in a dense, compact form called “glycogen”) and secrete it steadily into the bloodstream in order to provide our body’s vital organs and tissues with a constant source of fuel. This is what keeps your heart beating, brain thinking, lungs breathing and digestive system, uh, digesting, pretty much all the time.

In order to transfer the liver’s steady supply of glucose into the body’s cells, the pancreas normally secretes a small amount of insulin into the bloodstream every couple of minutes. This is called basal insulin. Not only does basal insulin ensure a steady energy source for the body’s cells, it also keeps the liver from dumping out too much glucose all at one. Too little basal insulin, or a complete lack of insulin, would result in a sharp rise in blood sugar levels.

Each person’s basal insulin requirement is unique. Typically, basal insulin needs are highest during the night and early morning, and lowest in the middle of the day. This is due to the production of blood sugar–raising hormones during the night, and enhanced sensitivity to insulin that comes with daytime physical activity. Two hormones in particular – cortisol and growth hormone – cause the liver’s natural ebb and flow in glucose secretion.

The main advantage of this program is the peak that occurs during the pre-dawn hours. The disadvantages include the unpredictability of the peak (due to NPH’s varied rate of absorption from day to day), the potential for low glucose in the early morning (due to the significant peak during the night) and the likelihood that that late afternoon/evening blood sugar will rise as the NPH tapers off.

Basal insulin supplied by NPH in the morning and evening

The advantages of this program are the peak in basal insulin during the night and the possibility of using the morning NPH peak to cover the carbs eaten at lunchtime. The drawbacks are the same as those in Figure 3 above, plus the major issue of having to conform to a rigid meal/snack schedule during the day due to the peak of the morning NPH insulin.  As the graphic clearly shows, this type of basal insulin program does a poor job of matching the body’s needs.  It rarely produces stable glucose levels – particularly during the daytime.

Unfortunately, those who use “premixed” insulin twice daily are, essentially, utilizing this approach for their basal program. Each injection of premixed insulin contains anywhere from 50-75% NPH insulin, with the remainder being either Regular or rapid-acting insulin.

Glargine (Lantus) is usually taken once daily, but sometimes is taken twice – particularly when low doses are being used.  Detemir (Levemir) is usually taken twice daily, but occasionally can be taken once a day. When basal insulin is injected twice daily, it is reasonable to split the doses evenly and take them approximately 12 hours apart. Taking more in the evening and less in the morning does not usually produce a desired “peak” at any particular time. When taken once daily, it is usually best to take the injection in the morning on a consistent 24-hour cycle. Research has shown that the morning injection has the least potential to cause an undesired blood sugar rise when the insulin is tapering off at around 20-24 hours.

The main advantage of using glargine or detemir is the relatively unwavering flow of insulin (a very slight peak may occur 6 to 10 hours after injection of detemir) and consistent absorption pattern. The disadvantages include the potential for a gradual blood sugar rise during the night (due to the lack of a pre-dawn peak) and around the time of the injection when the insulin is taken once daily (the basal insulin may “wear off” a few hours early and take a few hours to “kick in”). There is also potential for a gradual blood sugar drop in the afternoon as the basal insulin level may exceed the liver’s production of glucose.

Basal insulin supplied by Glargine or Detemir plus Evening NPH

In order to overcome some of the potential problems created by using only basal or NPH insulin to meet the body’s basal needs, it is possible to combine the two. When NPH is added at nighttime, glargine or detemir can be taken once daily at a lower dose than if used without NPH. This minimizes the risk of having glucose levels drop between meals during the day. By adding a modest evening or bedtime dose of NPH, a nighttime/early-morning peak can be achieved. This program offers the unique advantage of allowing day-to-day adjustment of the overnight basal insulin level by making minute changes to the NPH dose without affecting the basal insulin level the following day.

The disadvantages include the need for at least two separate injections and the filling of multiple prescriptions. There is also potential for mixing up doses or taking the wrong insulin at the wrong time since several different types of insulin are being utilized simultaneously.

Pump therapy offers the greatest degree of maneuverability in terms of matching basal insulin to the body’s needs. Because small pulses of rapid-acting insulin are used to deliver basal insulin, variations in peak or action time are not an issue. Changes can be made to the basal insulin delivery on the hour or half-hour, so “peaks and valleys” can easily be built into the program. Pumps also permit temporary changes to basal insulin levels in order to accommodate short-term changes in basal insulin needs (for situations such as illness, high/low activity levels, and stress).

Perhaps the greatest drawback to delivering basal insulin with a pump is the risk of ketoacidosis. Any mechanical problem resulting in a lack of basal insulin delivery can result in a severe insulin deficiency in just a few hours. Without any insulin in the bloodstream, the body’s cells begin burning large amounts of fat (instead of sugar) for energy. The result is the production of acidic ketone molecules—a natural waste product of fat metabolism.  This rarely occurs when taking injections of long-acting insulin since there is almost always some insulin working as long as injections are not missed.

Successful pump use will require adequate follow-up and fine-tuning. This should include:

Suggested next post: My Experiments with Managing Dawn Phenomenon

If you liked this post, please sign up for our newsletter (and get a sign-up bonus) in the form below. We send out a weekly newsletter with the latest posts and recipes from Diabetes Strong.